The Best Korean Restaurants in Omaha 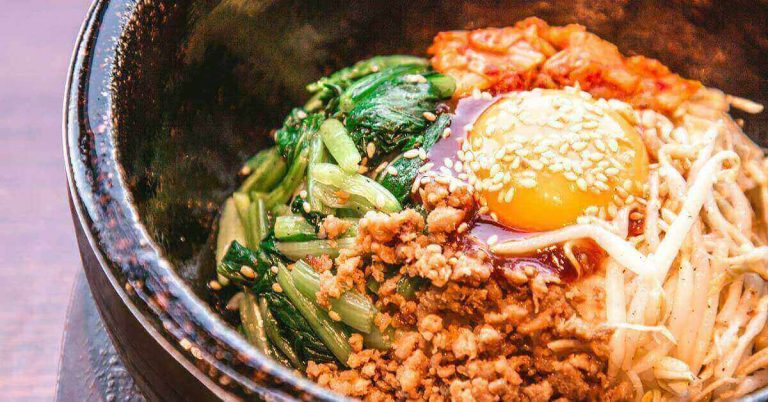 This article was recently modified to reflect current Korean restaurants in Omaha.

For a city of just over 400,000 people, Omaha has more than its share of authentic Korean restaurants. That’s because the town is home to the Offutt Air Force Base. Many of its airmen took a liking to Korean food while stationed in South Korea. Some also married Korean woman—and a few of those women came to Omaha and opened restaurants.

In fact, there’s even a popular Korean dish called Budae-jjigae, which means “army stew”, and was invented after the Korean War. Due to food shortages, locals scrambled up Spam from the U.S. military and cooked it in a spicy soup with kimchi.

If you’re in Omaha and inspired by Korean culture and the Winter Olympics this year, try any or all of these Korean restaurants:

Located in Bellevue, five minutes from the Offutt Air Force Base, this restaurant is as beloved for its owner as it is for its food—and that’s saying a lot. Henim Stimson, who previously had her own restaurant in Seoul, opened The Korean Grill in 2008 with her husband, Scott. Portions are huge, so come hungry. You can find The Korean Grill at 1408 Harlan Dr, Bellevue, NE 68005.

Located in Ralston, Korea Garden serves everything from Korean BBQ to Korean-style sushi (which many think is better than its Japanese counterpart). You also can’t go wrong with the Jajang Myeon (noodles with onion, zucchini, potato, and pork in blackish bean sauce). The best part? They deliver.

Also located in Bellevue, just outside of the Air Force base, this place is a bit of a hole in the wall, but that’s half the charm—and the food is reasonably priced and good. Locals rave about the Bibimbap, which is beef, fresh vegetables, and rice topped with a fried egg.

In addition to all of the standard Korean foods you can try while dining in, Maru’s offers jars of four different kinds of homemade kimchi for sale in 32-ounce jars, including traditional, radish, white, and cucumber.

At StorageMart, we love a reason to celebrate the communities we serve. And Omaha, which hosted the 2018 U.S. Olympic Team Trials for Curling, played a big role in that year’s event.

If you’d like to give it a try, head to the Aksarben Curling Club, which was founded in Omaha in 1958.

Ready for our plug? In the event you fall in love with curling (and perhaps become a 2022 Olympic contender), you’ll need someplace to store all your curling brushes, stones, pebblers, line ribbons, and hacks during the summer.

At StorageMart, we offer affordable self-storage units in Omaha that can be rented on a month-by-month basis and are always clean and well lit. Check out our storage unit guide or rent a unit online today.

6 Facts You Should Know About Living in Omaha

6 Facts You Should Know About Living in Omaha