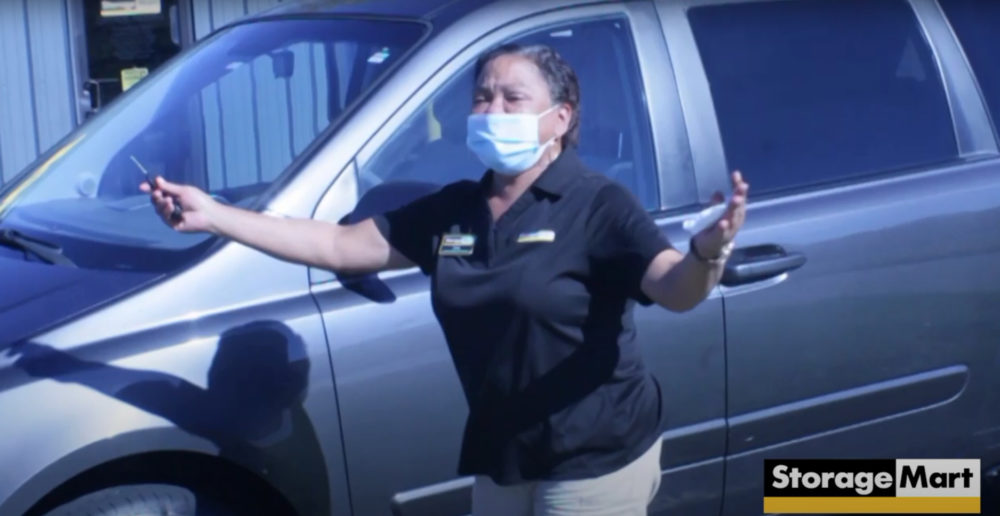 A Story About the Power of Positivity in Difficult Times

Batteries and bread. These are the two items Stella asked for when her manager offered to bring supplies over from Houston to Lake Charles, Louisiana in the aftermath of a recent hurricane. For someone who had just lost half of her home in a violent storm, it was a surprisingly modest request.

But if you’d known Stella for the last eight years – the way her regional manager, Angel Morales, has – you might not find her response all that unusual. That’s because anyone who knows Stella understands she’s no stranger to adversity and she’s never been one to let obstacles – even hurricanes – dampen her resolve.

When the next hurricane damaged the transmission of her only vehicle, rendering it impossible to go in reverse, Stella did what she’d always done. She moved forward. And she did it with a smile on her face and with the same dedication to hard work, determination, and positivity that she’d always poured into everything.

That’s when Angel felt inspired to take matters into his own hands. As one of the longest-tenured regional managers in the StorageMart family, Angel has worked with dozens of team members, many of whom shared Stella’s drive and commitment. So, when he recognized a perfectly timed opportunity to help out a fellow team member, he knew what he wanted to do.

Scheduled to receive a new company vehicle to use for his commute between StorageMart locations in Houston and Lake Charles, Angel decided he wanted to purchase the old van from the company so he could donate it directly to Stella.

As word spread of his intentions, the company agreed that Stella was deserving of this gift, but they disagreed with Angel on one key point. StorageMart would shoulder the expense of the van, not Angel. Instead, Angel would be the one to present the gift to Stella and watch her move forward with her head held high, just like she’s always done.

Relive the Moment for Yourself

As we near the end of a year that has been difficult for so many of us, we thought you might like to share in Stella’s joy as she receives her gift from Angel and StorageMart. Please enjoy the video, and feel free to stop in and say hello to Stella if you find yourself near her store in Southwest Louisiana.