Long-Term Military Self Storage for Those Who Serve 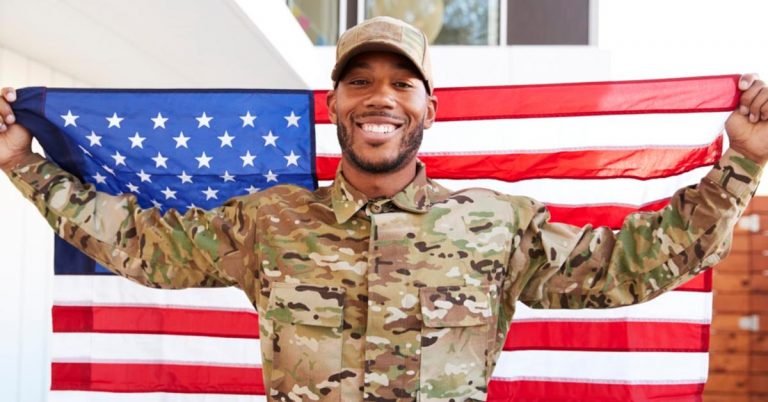 When you join the military, you can count on seeing the world, but when Uncle Sam is your travel agent, you never know where you’ll be or how long you’ll stay there. Nearly 1.5 million men and women serve in the United States armed forces, both domestically and in more than 160 foreign countries.

Long-term storage is an essential part of any soldier’s deployment. Personnel move about every two years, with deployments lasting from six to 18 months. Moving is part of the military life, and self storage can be a vital tool in the logistical toolbox of military members looking to store their belongings.

From the Boots on the Ground

Lt. Jeff Dobrow is an active U. S. Air Force officer and a veteran of domestic moves. He and his family have moved five times in the past 13 years, and he’s learned about moving and storage from day one. “I joined the Air Force pretty much right after high school, and I didn’t have very much to my name. My parents stored a few boxes for me in their basement,” Dobrow said.

Moving became a bigger event after Dobrow got married while serving at Luke Air Force Base in Phoenix. “We rented a storage unit ahead of time in the next city to make the move easier for my family,” said Dobrow, who moved to serve as a recruiter. “The next move, we decided to rent a truck to save some money, but I wasn’t able to fit everything in the truck. I still had a pile of stuff in our garage when we left. Fortunately, I was able to call a friend who had a trailer, and he moved our things into a storage unit until we could get it shipped to us.”

For Jeff and many other military members, military self storage is an ideal solution.

How Military Self Storage Can Help

Many servicemen and women don’t have family nearby to store their belongings. Off-base self storage provides a convenient way to manage your belongings while moving from base to base. Transportation stipends vary depending on rank and family size, so it’s important to visit the base financial center ahead of time. Deployment means leaving almost everything behind, but long-term storage has room for all your things, including your vehicles.

Storage units have features that deployed military members need. Climate control allows them to store temperature-sensitive and humidity-sensitive items such as electronics and wooden furniture. Month-to-month leases allow for flexibility in case orders change. At StorageMart, we’re proud to offer safe and secure storage, giving you peace of mind.

StorageMart salutes the dedicated servicemen and women who defend freedom throughout the world. It’s an honor to provide excellent service to those who serve our country every day. If you’re a military member needing military self storage during deployment or after a move, find a storage facility near you and reserve a unit today!